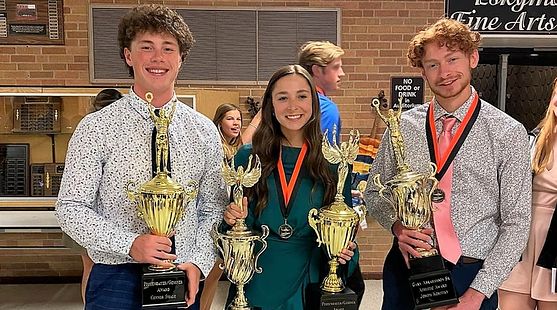 The most prestigious award is the Gessner Award, which has been given out at the Escanaba High School since 1924. It was joined with the Pfotenhauer Award in 1992, and it honors the best male and best female athletes, as picked by a committee of varsity coaches. It is based on athletics, academic grades, and character.

This year's winners were Connor Smale and Carsyn Segorski. Smale was on the basketball and tennis teams and has signed to play basketball at Finlandia University.

Segorski was a four-year member of the Eskymo softball team and has signed to play at Western Michigan University.

Meanwhile, the Gary Abrahamson Award was also given out during Wednesday night's ceremony. This award goes to the boy and girl who have earned the most varsity letters in their high school career, and have the best grade point averages their senior years.

Segorski won that award as well for the girls, and Joey Kositzky won it for the boys. He signed earlier this week to play football at St. Norbert (Wis.) University in Green Bay.