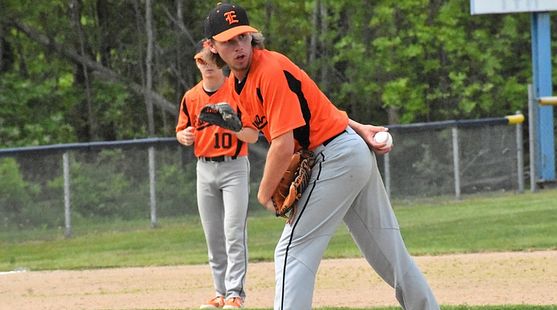 It was selected by members of the southern U.P. media after consultation with area coaches.

The Most Valuable Player was Escanaba's Hunter Lancour, who became the team's top pitcher down the stretch, including two memorable pitching gems against the Cheboygan Chiefs. He also became one of Escanaba's most reliable hitters after a slow start to the season, and was a steady infielder during games in which he was not on the mound.

The Co-Managers of the Year were Norway's Tony Adams and Gladstone's Joe Darmogray, who led their respective teams to district championships. The Knights won the smaller-school Skyline Conference title, while the Braves got a piece of the Great Northern Conference title.

The Team of the Year award went to the Eskymos, who went 25-9 overall this season, including a 15-1 record against teams from Delta, Dickinson, Schoolcraft, Alger and Menominee Counties. The only loss was to Gladstone, which Escanaba also beat two times.