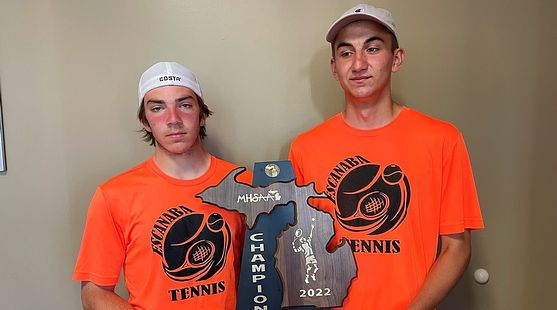 The U.P. also had a couple of its top players put on the All-State team, despite the U.P. kids not being allowed to play against their downstate counterparts.
The Upper Peninsula Division One Player of the Year was Marquette's Nick Olivier. He was also named All-State in singles. Escanaba's Number One doubles team of Isaac Maki and Dawson Williams were named to the All-State team as well.

As for doubles, the Escanaba team of Joe Hubert and Josep Montal, and the Negaunee duo of Jace Turri and James Thomson were both named to the All-U.P. FIrst Team.

These selections were made by the U.P.'s tennis coaches.